JJC Presents Awards for Service to College, Community at Night of Stars

Joliet Junior College celebrated alumni, community volunteers and industry partners during its annual Night of Stars ceremony on Thursday at the Renaissance Center in downtown Joliet.

“Congratulations to our award winners. Our community is a better place because of the work that you do,” said Kristi Mulvey, executive director of the JJC Institutional Advancement Office and the JJC Foundation. “Our donors provide financial assistance for scholarships, equipment, projects and programs. Their gifts support our students and ensure a superior education.” 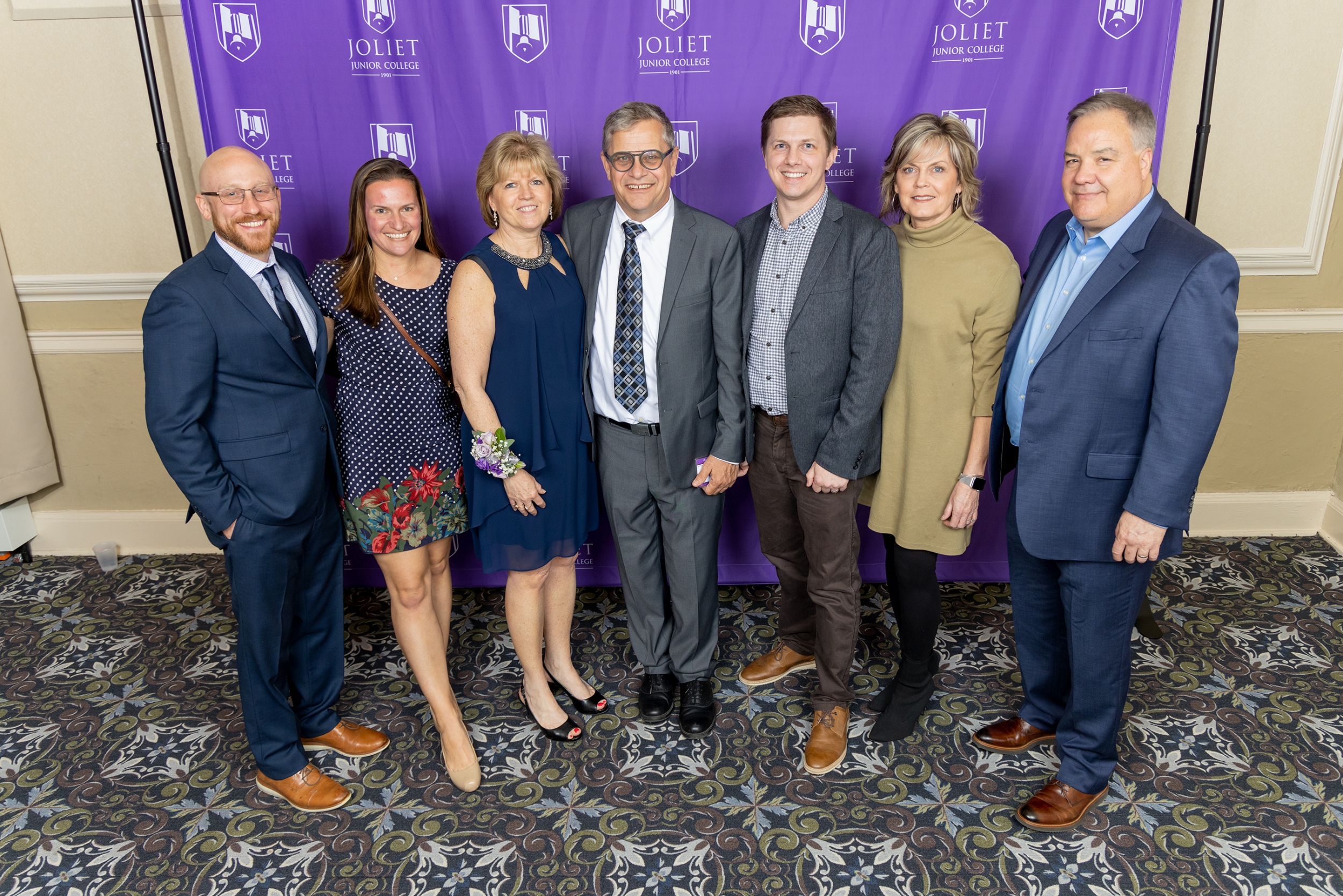 The ninth president of Joliet Junior College, Dr. Judy Mitchell has served in several roles at JJC for 25 years, starting as an administrative assistant in 1996 and culminating in her presidential appointment in 2016. Mitchell will retire this August.

“All the individuals that are on the stage today, it’s the JJC family that has kept me here,” said Mitchell, speaking about the night’s other honorees. “Joliet Junior College is just an amazing institution with wonderful faculty and staff who are committed to student success. To the business partners and so many friendships that I have made over the years, I am so appreciative.”

The college will host a public event celebrating Dr. Mitchell’s presidency and retirement on May 25 from 5 to 7 p.m. in the U-Building Auditorium on the Main Campus. Attendees are asked to RSVP. 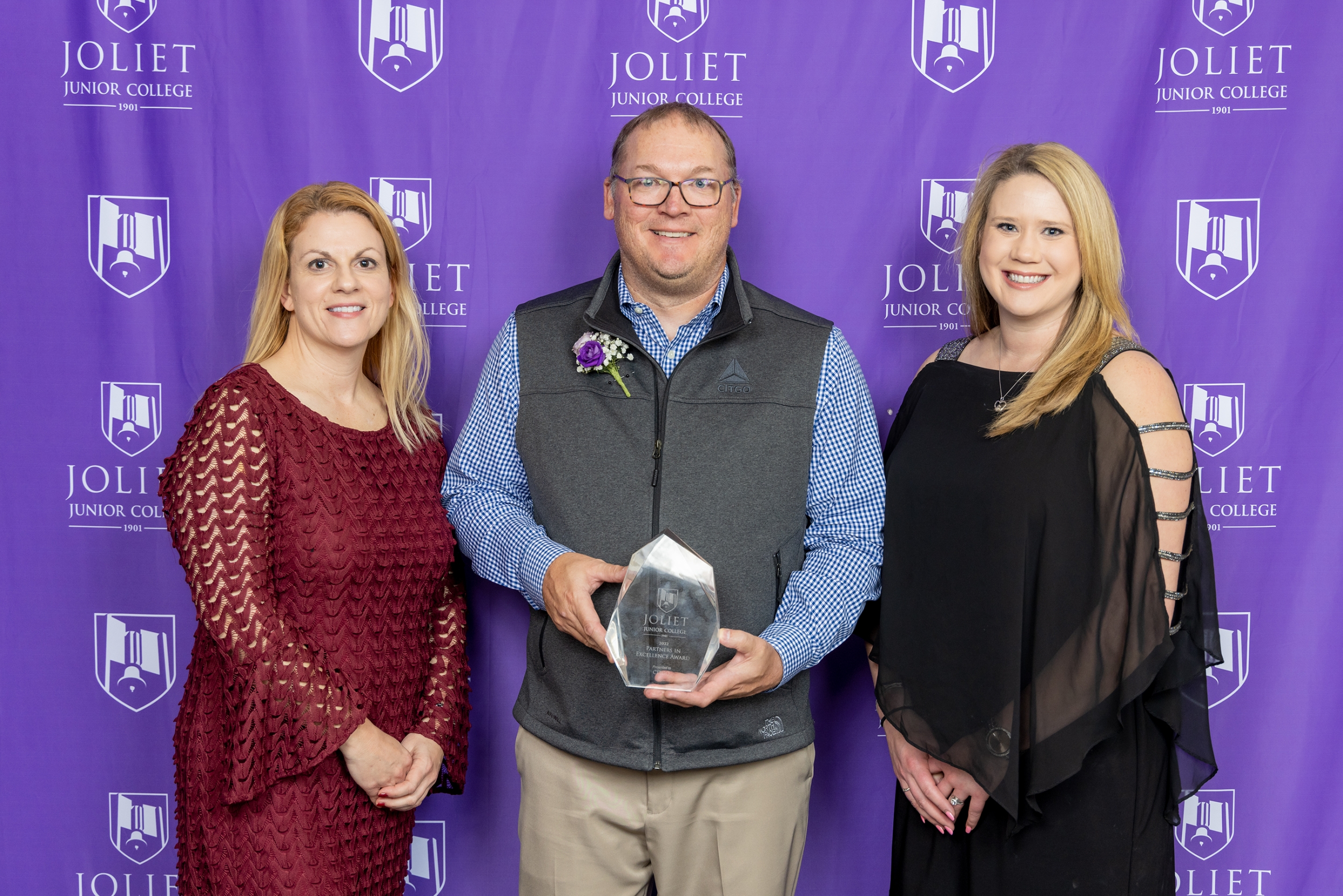 A supporter of JJC for more than 20 years, CITGO has long invested in STEM education initiatives, specifically in the college’s technical programs. CITGO representatives have been active on academic advisory committees, the JJC Foundation Board and many student-focused events and programs on campus.

“We are honored to be recognized by the JJC Foundation,” stated CITGO Lemont Vice President and General Manager Dennis Willig. “CITGO remains committed to investing in STEM education initiatives within our community. I am proud of our partnership with JJC, and the difference we are making with the CITGO STEM scholarship program." 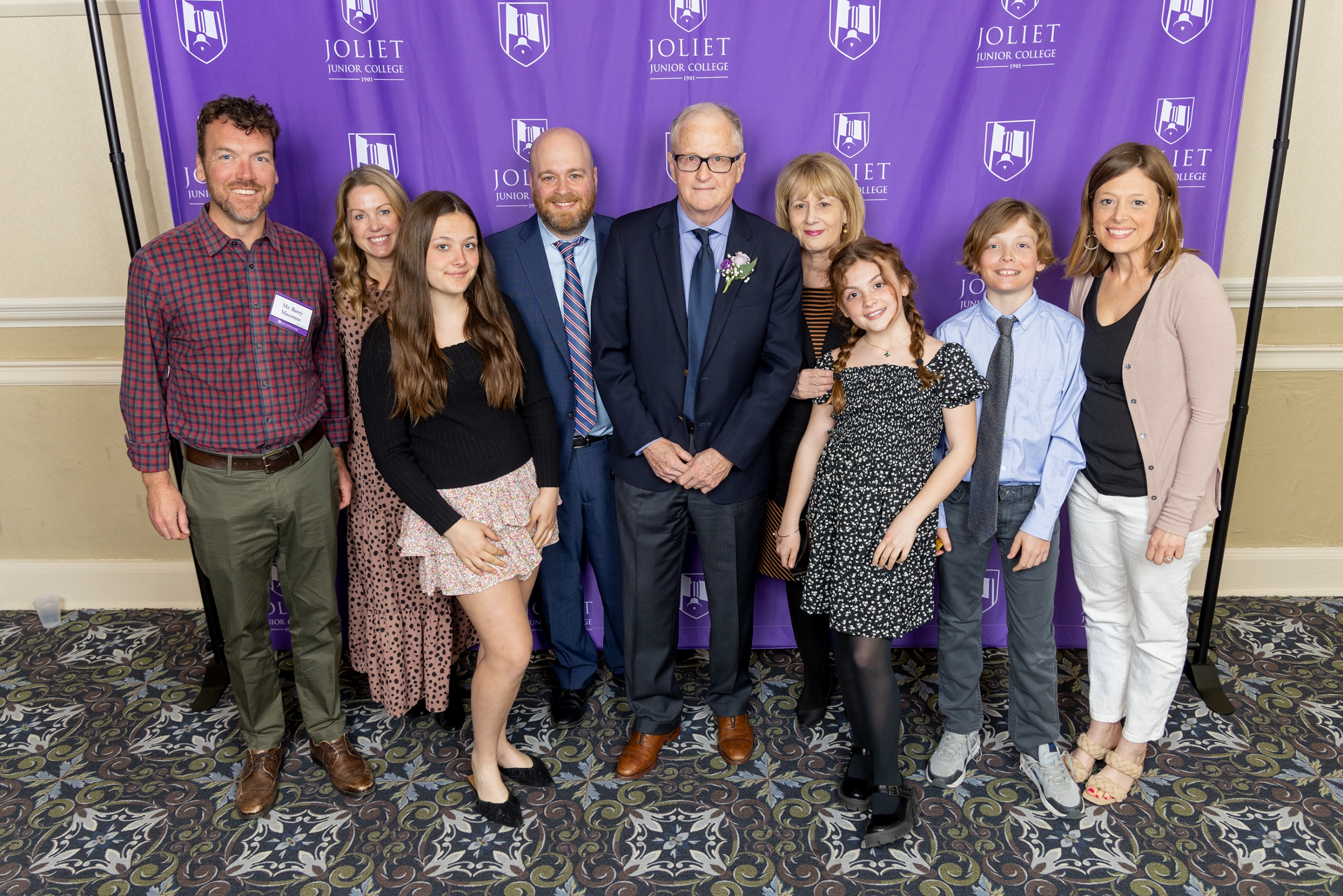 An instructor in the JJC Business Department since 1999, William O’Connor has served as its chair since 2010. In 2003, he was elected secretary of the JJC Faculty Union, moving to vice president a few years later. He also served on the faculty contract negotiating team for the 2019-2023 contract.

O’Connor applauded JJC’s place as the first public community college. He thanked the teams he’s had the opportunity to work with in his office and across campus, as well as the community for their years of support.

“I want to thank the residents of our district. We sometimes forget the debt we owe them, they’ve supported us for 120 years. They’ve sent their children, their grandchildren to us. And I’m very thankful to them. Without the residents and our students, none of us would be here tonight.” 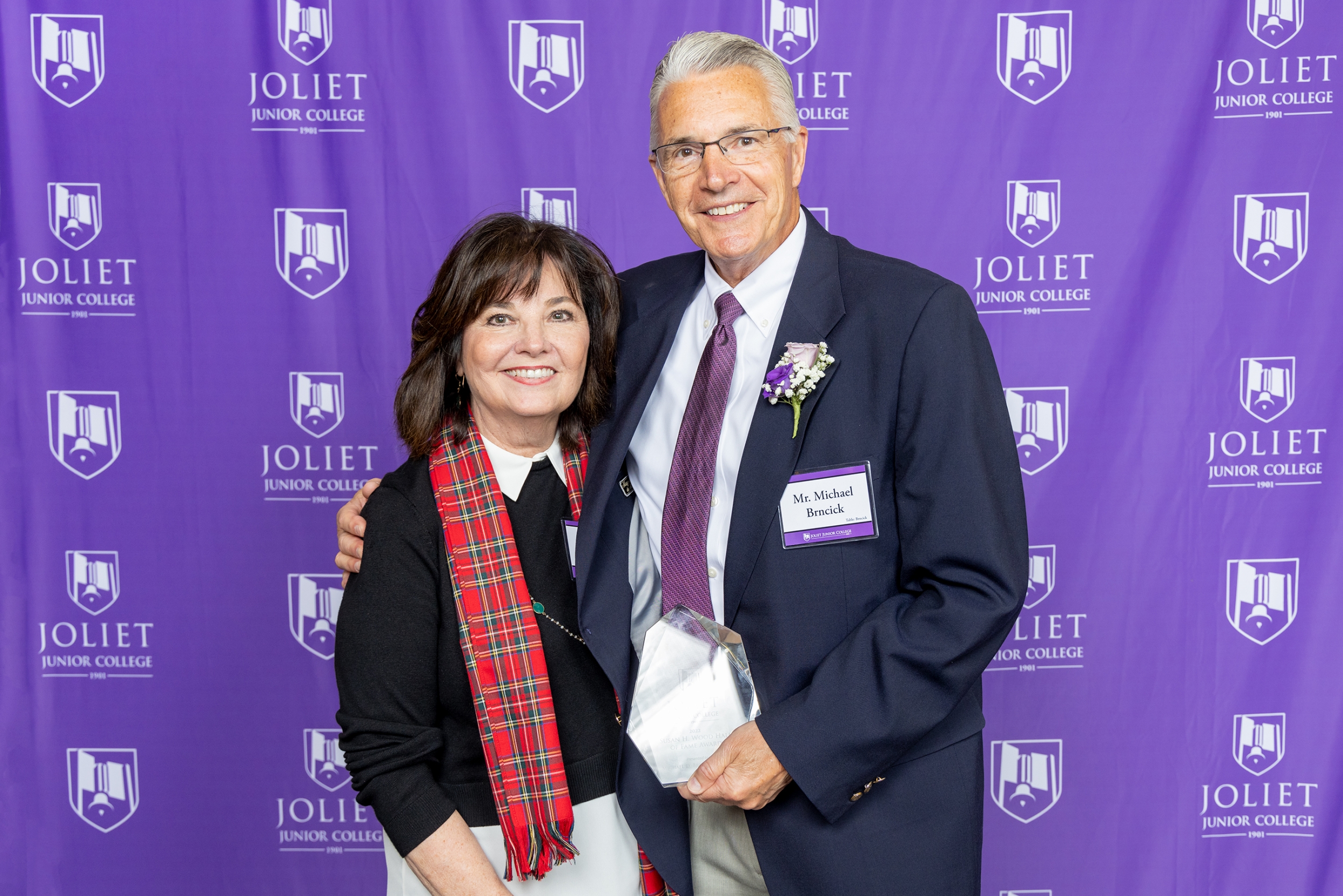 When Mike Brncick launched JJC’s Orthotics and Prosthetics program in 2006, it became one of only five technician programs in the country. He would serve as an instructor, advisor/coordinator, and director of the program until his retirement in 2021.

The OPT program thrived because of the tremendous support it received from the college, said Brncick. Through the years, Brncick said it’s rewarding to have helped patients and support students in their quest to make a difference in others’ lives.

“Our program is student-centered. Anything we can do to help students be successful is what we’re here for,” said Brncick. “We interview every student that comes into the program. We want to find out what’s your motivation. And every one of them says the magic words ‘I want to help people.’ 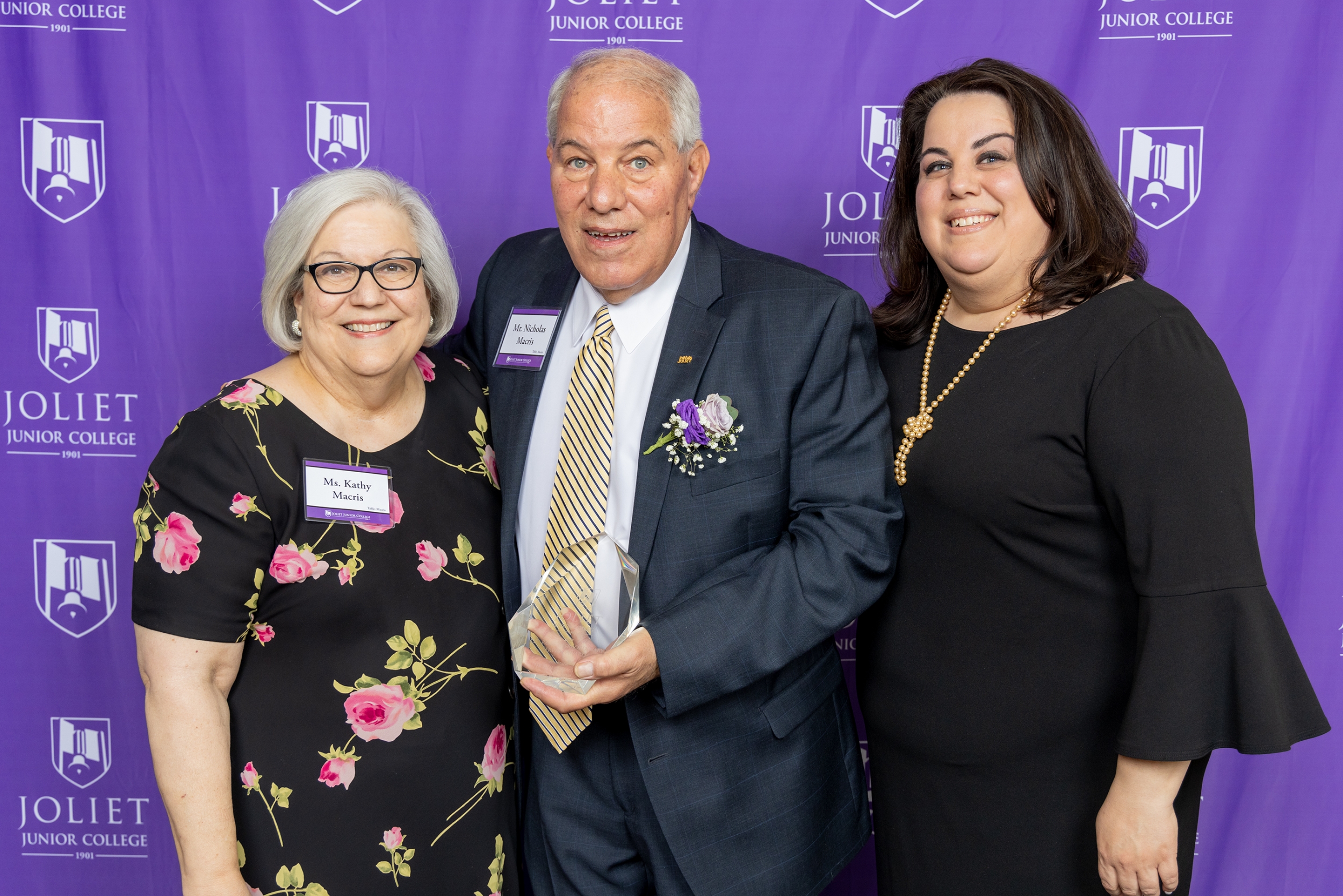 After retiring from ComEd after 22 years and serving 20 years in the U.S. Army, Nick Macris devoted himself to volunteerism in Joliet. He's served on boards and in leadership positions for several organizations since 2002.

“Receiving a personal phone call from Dr. Mitchell informing me that I had been selected for this prestigious award caused me to experience a great sense of humility and then, to become retrospective,” said Macris. “I began to think about my parents, Constantine and Fran, who had set a high bar for service to the nation and their beloved community of Joliet.”

Macris added that he’s proud his wife and daughter have also become active volunteers in the Joliet community.

The application period for JJC's Veterinary Medical Technology program is from March 1 - June 1.